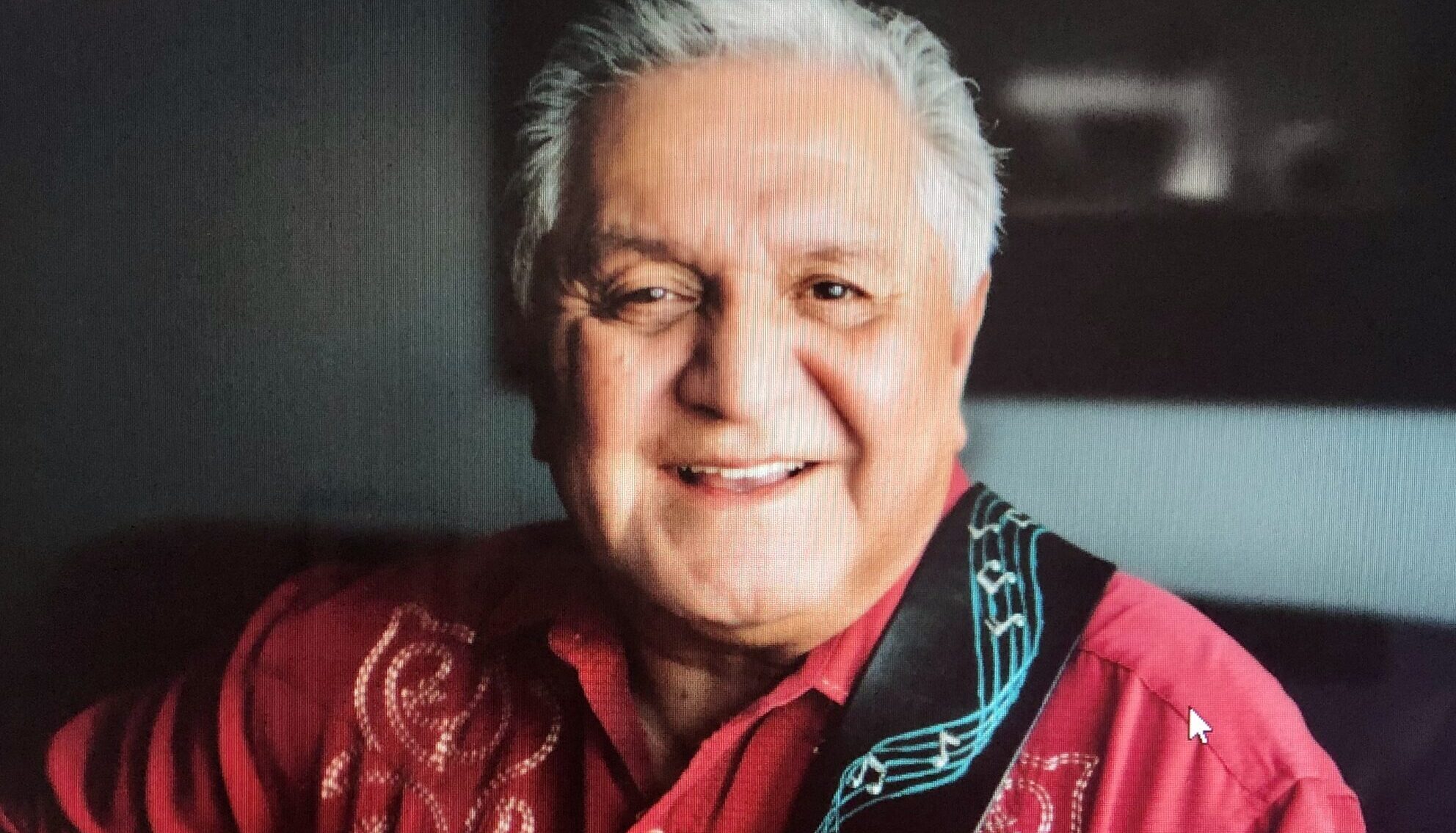 From residential school to singing on stage with George Jones, George Tuccaro shares his courageous journey from the drunk tank to professional CBC broadcaster, and why personal healing is essential to reconciliation…and joy.

After surviving residential school and tragically losing his brother, George turned to alcohol to cope. But he found a way to overcome his pain through sobriety, self-help groups, public speaking, music and humour. George is an inspiration and continues working to help others overcome the trauma that remains from their experiences.

This episode sheds light on the importance of TRC Calls to Action 19, 21, and 22.

A member of the Mikisew Cree First Nation, George Tuccaro began a career in broadcasting in 1971, when he became an Announcer-Operator with CBC North Radio in Yellowknife, Northwest Territories. In 1979, Tuccaro joined the public service, becoming a communications officer with the Department of Indian and Northern Affairs. Leaving that position in 1981, Tuccaro returned to broadcasting by again joining CBC North as a Coordinator of Aboriginal Languages Programming. In this position, Tuccaro worked to develop the promotion of Aboriginal languages in radio broadcasting, as well as producing an internationally acclaimed radio documentary on the rate of teen suicide in the north of Canada.

Between 1990 and 1991, Tuccaro was the Coordinator of the Cultural Industries Program, and created a booking agency for northern performing artists in the Northwest Territories. From then until 2002, Tuccaro hosted Trails End, a CBC North Radio program, and served as the anchor of Northbeat, the first daily current affairs television program in Canada’s north.

In 2002, Tuccaro retired from public broadcasting to start his own company, GLT Communications, through which he aimed to bring major events to the territory. Tuccaro has been awarded a Queen Elizabeth II Golden Jubilee Medal and a 125th Anniversary of the Confederation of Canada Medal. On May 12, 2010, Tuccaro was appointed Commissioner of the Northwest Territories. On May 10, 2016, Tuccaro retired from his position as Commissioner.

On why residential schools were created

>> 03:00: They literally tried to reprogram us to take the Indian out of the child, I think was the objective back in those days.

On the history and effects of residential schools

>> 03:13: There’s a lot of issues that came out as a result of [residential schools]. I was a product of some of those issues as well after I left residential school. I was only there for six years. But in that time a lot of things had happened to a young boy who all of a sudden lost all the nurturing and everything.

>> 04:20: There’s some things that happened along the way that caused me to actually end up being an alcoholic

On healing from abuse he and others suffered at residential schools

>> 07:15: I tried to encourage a lot of men to [come to healing groups]. And so I think that’s still the challenge today is to get them in, to dig down deep inside and pull this stuff out and look at it and get rid of it, you know, and keep on going and create yourself a happy place in this world so that we could raise our children. And we could be more in the moment as it were with our children or with our grandchildren.

>> 12:15: And through the toughest times, you know, Aboriginal Peoples found a way to laugh. And I think that’s one of the things that I was able to pass on on-stage.

Other Ways to Enjoy Episode 4: