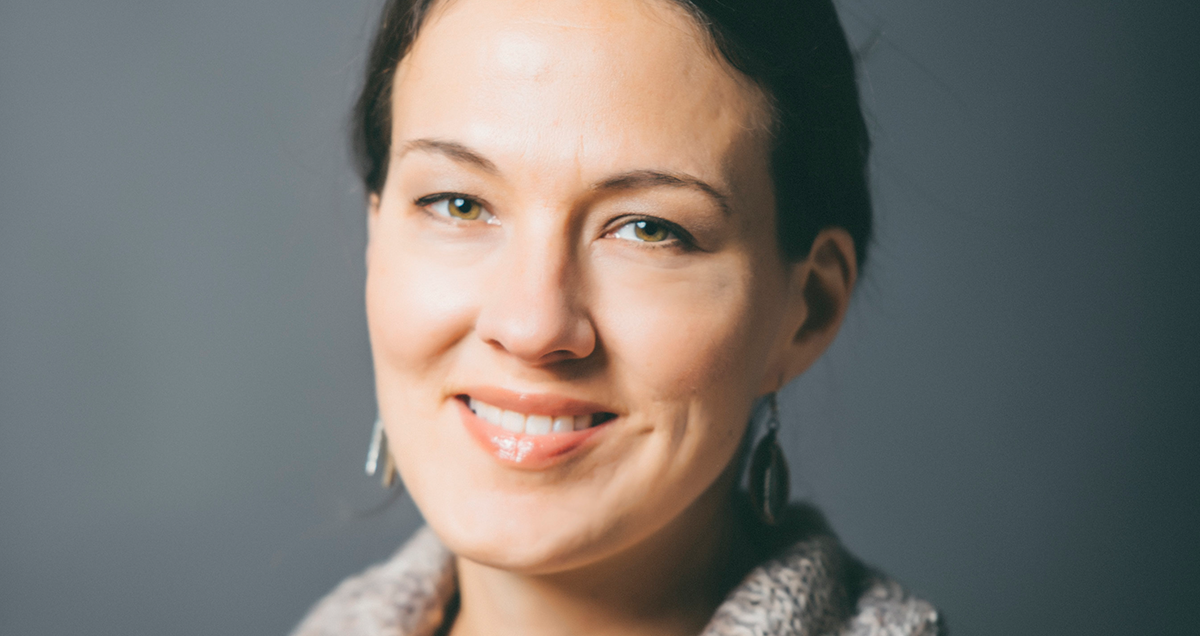 Nicole Redvers walked into the wrong lecture at the University of Lethbridge and it changed her life. Now, as a Doctor of Naturopathic Medicine, she works to help heal using traditional Indigenous medicine and Western medicine.

Dr. Nicole Redvers is a doctor of naturopathic medicine. She is a member of the Deninu K’ue First Nation in the NWT and is currently an assistant professor at the University of North Dakota’s School of Medicine & Health Sciences. She also co-developed the first Indigenous Health PhD degree program in North America.

She is co-founder and chair of the Arctic Indigenous Wellness Foundation based in the Canadian North. The foundation was awarded the million-dollar 2017 Arctic Inspiration Prize for their work with vulnerable populations within land-based healing settings in the Northwest Territories.

On an international level, she actively promotes the inclusion of Indigenous perspectives in planetary health and education for sustainable health care. Her scholarly work engages a breadth of scholarly projects attempting to bridge gaps between Indigenous and Western ways in regards to individual, community, and planetary health.

>> 04:00: I was sitting in the airport in Edmonton on my way back after about six months in Africa. There was this older Dene woman—her knee was in a lot of pain. I went over and helped her get up, and just had this flash of awareness—I was going all over the world to work but where I was really needed was at home. So I made a very acute decision at that point to come back home to the North.

On racism in Canadian health care

>> 05:20 The main fundamental piece is structural issues within the health system that make it not a safe and trusting place for many Indigenous Peoples due to the historical trauma that have existed in the territory from colonization. I remember being in Fort Resolution and seeing one of the ladies with a bent finger with a wrapping around it. She said, “Oh, you know, I think it’s broken.” I said, “Oh, well, did you go to the nursing station?” And she said, “No, no, I’m not going on the nursing station. I’d rather just deal with it myself.” Again, another moment of realization where people are willing to suffer and be at home rather than go and seek support. We still have major issues that we need to deal with in the North and in the rest of Canada, and even the world. That thought process led to a serendipitous gathering of Elders and deciding that we needed to do something different. A few of us created the Arctic Indigenous Wellness Foundation.

>> 15:05: We decided to take on this initiative and continue pushing and ensuring that our people had a place they could go to be able to experience our own ways of health and healing.

On Canada not having a PhD program in Indigenous health

>> 28:37 This is far overdue in Canada; a travesty at this point. The issues right now are twofold. We don’t have enough Indigenous leadership in university leadership faculty positions. The second piece is, we need bulk hiring of Indigenous faculty within the departments to be able to hold this type of program. Having these leadership positions in universities is absolutely critical.

On lack of recognition for traditional Indigenous medicine in Canada

>> 10:46: The naturopathic medical programs have been in existence for decades within North America, but one of the sticking points is the lack of recognition of where a lot of the natural supportive therapies derived from, which was often Indigenous medicine systems from around the world.

Other Ways to Enjoy Episode 3: